I did a brief visit to the Park this morning because it was raining cats and dogs. Therefore, I was only able to take few pictures of birds. There was a tireless Little Grebe that didn't stop diving seeking food. 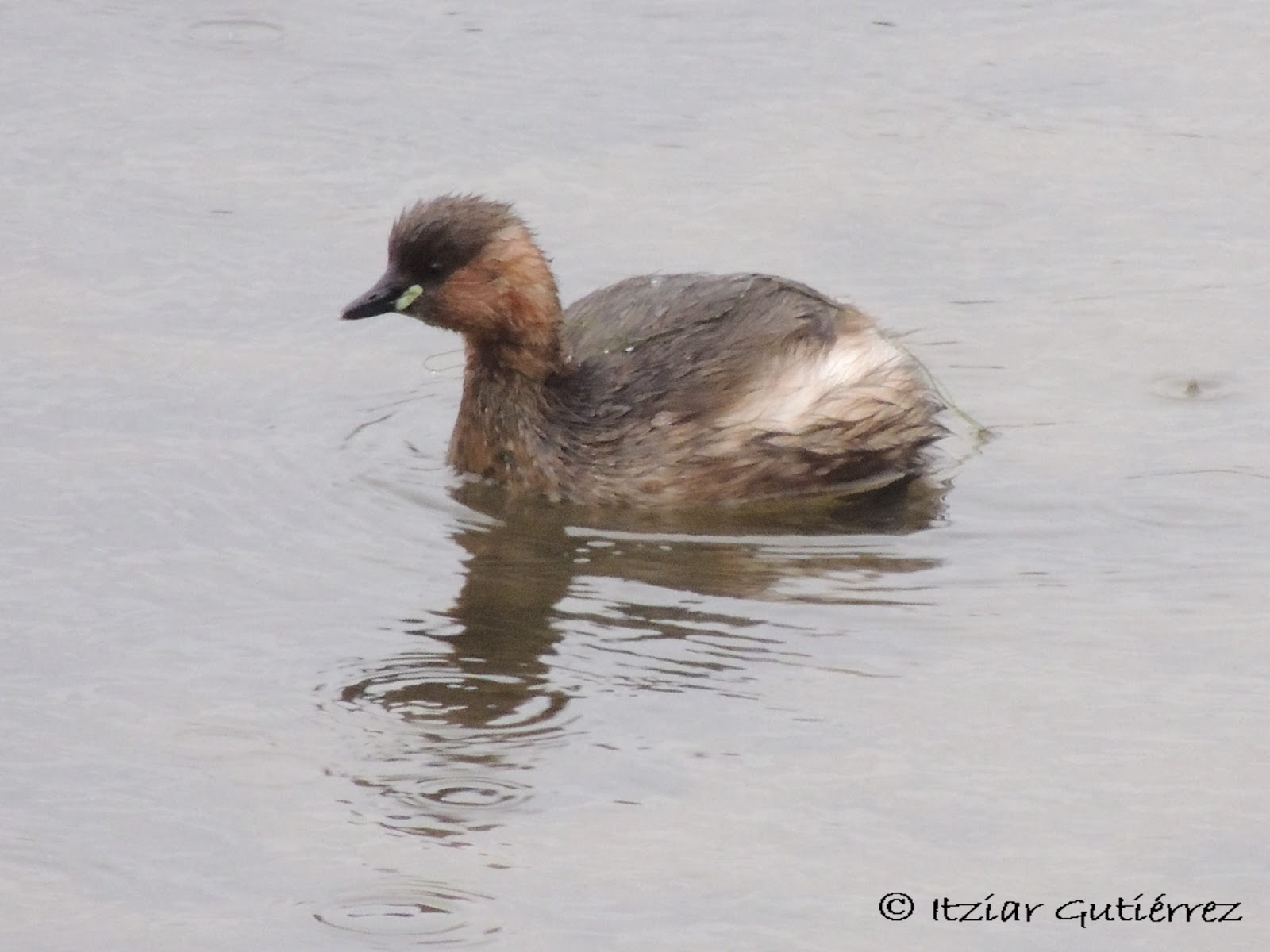 Anyway, I've been in an observatory all time having the chance to sight some other birds too.
From my position, I could watch a Grey Heron looking for food. Unlike the Grebe, this Heron was still watching through the shallow water if there was some fish or eel to eat. 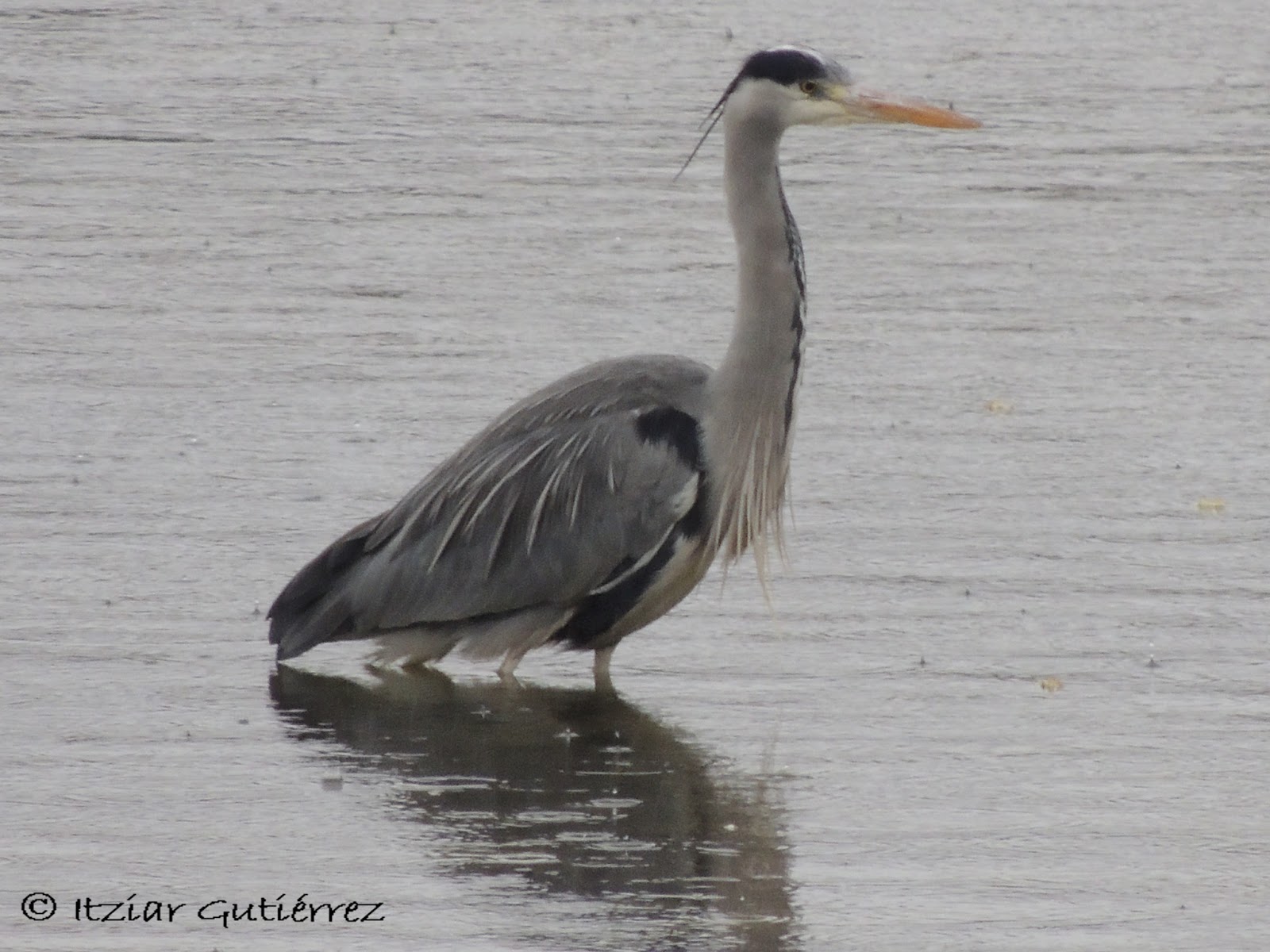 Grebes look for food while diving whereas Herons pick it up from the water. But there are some species which get food sinking their heads tirelessly. That is the case of Teals. Here you are a couple of them. Males are more beautiful than females. Cuold you tell me which is which? 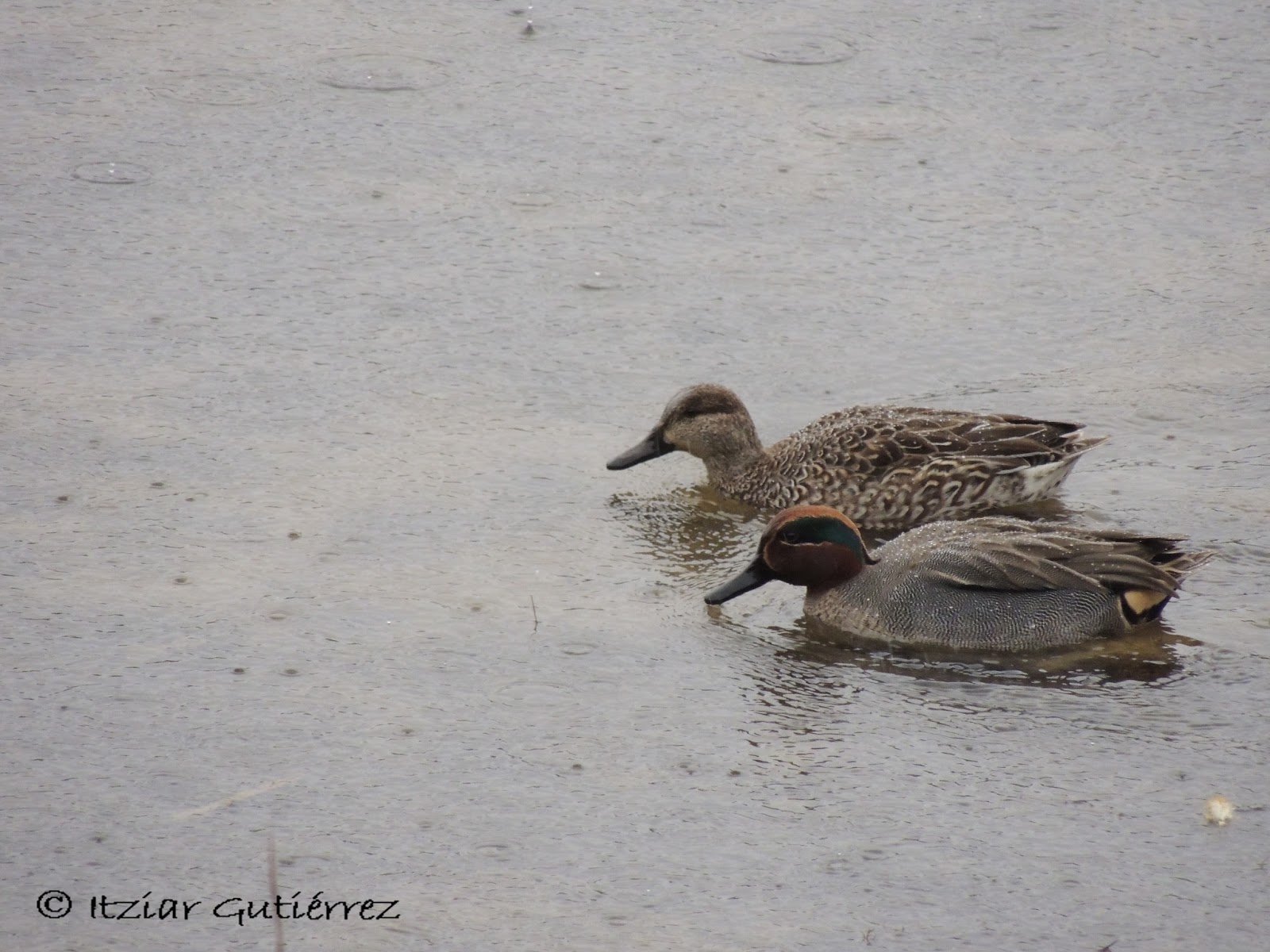 From my shelter, I trayed to take a picture of a little bird that didn't stop moving from a branch to another branch. It was so difficult to take a photo that finally I got a shot of the bird semi-hidden behind a leaf. I daresay it was a Firecrest. What do you think? 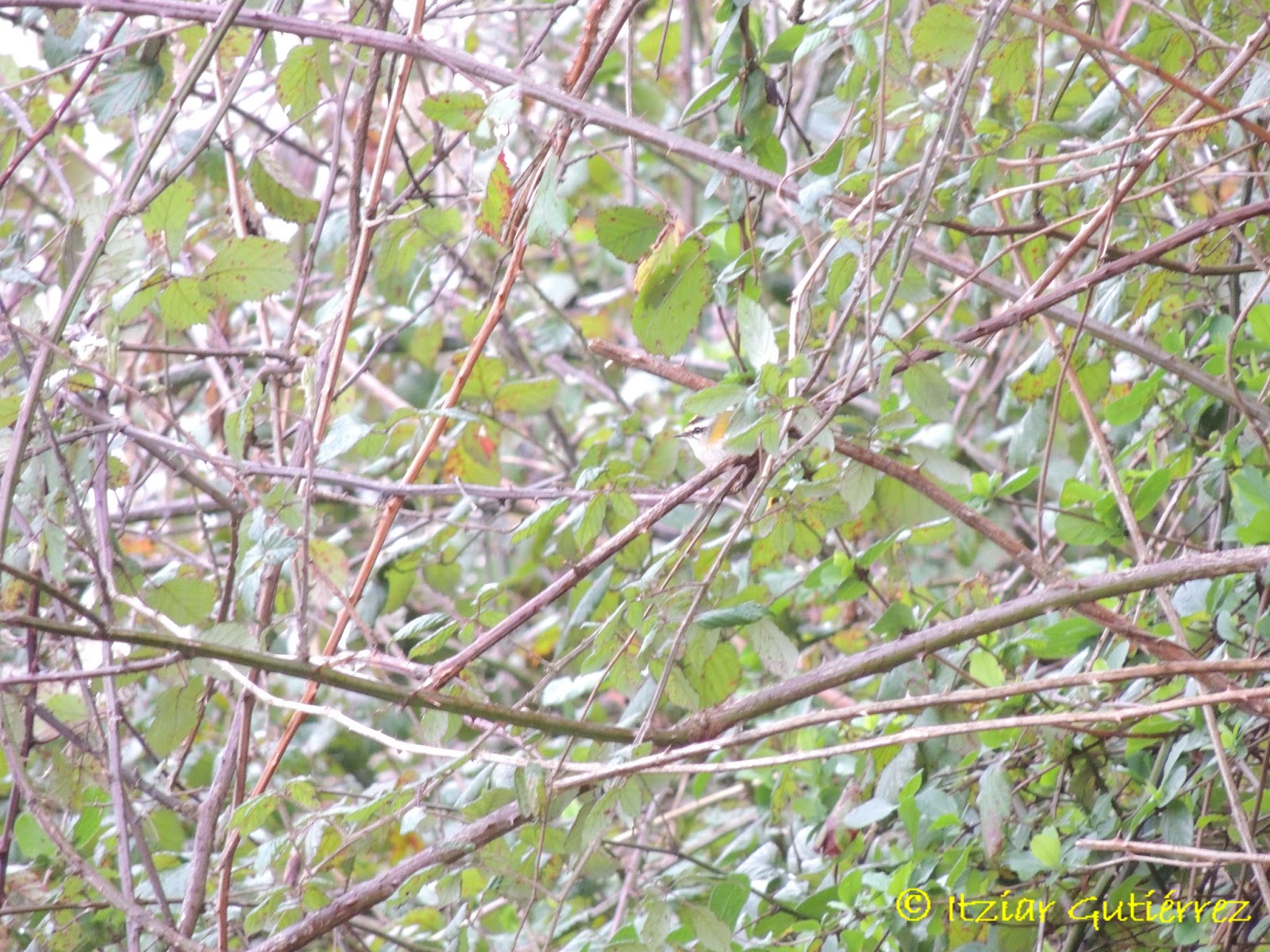 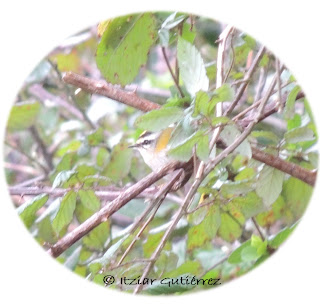 What happenes? Can't you see it?

Yea! The Firecrest is in the middle of the picture!
It's a pity that I hadn't been able to shoot its siblings with my camera. There were at least six altogether.

At the end of my short trip I saw a Short-toed Treecreeper but it took me unawares and I only got a blurred photograph. What a shame!

It was awesome how it went up in a spiral climb along the trunk of a tree.
Publicado por Itziar Gutiérrez en 21:21:00